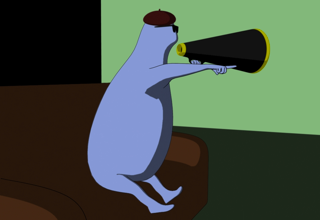 EVERYDAY HALF THE WORLD’S POPULATION DISAPPEARS

The votes are in: Film By Democracy’s first release is called The Halving, with all content determined entirely by fans.

Film by Democracy has handed all creative control over to the people who really matter in film – the audience. Pioneering 100% crowd-sourced filmmaking, Film by Democracy is in pre-production for its first release, a web series called The Halving. Fans are free to vote online and determine what happens when everyday, half the world’s population disappears, a premise submitted and voted on by Film by Democracy’s global community.

In developing The Halving, fans have so far voted for a sci-fi/fantasy focusing on social issues of corruption and inequality. The story will follow a group who find themselves the remaining few when the population stops disappearing. The main character is touted as “The Born Survivor” who is self-sufficient, organised and proactive.

Submissions are currently open to international filmmakers wishing to collaborate and contribute footage. Once all submissions, debate and voting is over - from genre and title to the actors and even the soundtrack - the audience will have determined every single creative aspect of The Halving.

The Halving will be Film by Democracy’s first release to be distributed online for free in 2013.

For regular updates and to join in visit www.filmbydemocracy.com

Posted by DAILY FILM FORUM at 7:33 AM No comments: