Be The Link Campaign and Zink Magazine Opening Gala 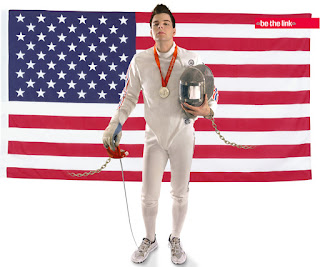 The Be The Link Campaign first of its kind to raise awareness for HIV and AIDS, in a visually display of influential people. The goal is to destroy the stigma surrounding the disease and to highlight the need for access to HIV treatment for those who need it.


AIDS is a chronic, potentially life-threatening condition caused by the human immunodeficiency virus (HIV). By damaging the immune system, HIV interferes with the body's ability to fight the organisms that cause disease. While there have been great strides in the prevention of HIV transmission and care of HIV infection and AIDS since AIDS was first recognized in 1981, there is no cure.

The Be The Link Campaign spreads the message online at www.be-the-link.org featuring conceptual images of participants and PSAs sending the message that the participants are not just a face in a picture but also a voice for HIV in America. The latest Be The Link news is broadcast via Twitter @bethelink1

Two years in the making, the goal of the Be The Link exhibit is to unite diverse group of influential people without separatism. AIDS does not care whether you are black or white, straight or gay, the fact remains - HIV effects everyone. The diversity of people who form the links highlights the uniqueness of this collaborative effort that shines light on advanced treatment that can help reduce the risk of AIDS.
An exhibit of photographic images will be displayed in galleries – one in New York City and one in Los Angeles, symbolically linking both coasts. The New York opening event Media Sponsored by Zink Magazine will be a lavish red carpet affair in an historic architectural facility in Tribeca on World AIDS Day, December 1, 2012. Hosted by Aviva Drescher and Randy Jones. Special performances by Sarah Atereth Number 1 hit recording Artist worldwide, Sylvia Tosun Number 1 on the Billboard Club Chart with worldwide recognition and co-founder of Sea to Sun global record company. Plus Dance Billboard pop artist Cara Quici will be performing her latest single FIGHT. Spinning the evening's most delightful music mix DJ Speir From Speir TV Global music content exclusively at the New York gala to raise funds for Until There's A Cure. An opening gala will be held in Los Angeles on February 23, 2013 with location to be announced.

The Be The Link Campaign is partners with Until There’s A Cure, a national organization since 1993 dedicated to eradicating HIV/AIDS by raising awareness and funds to combat the pandemic. Until There’s A Cure is committed to: funding innovative programs which promote AIDS awareness and prevention education; providing financial support for care and services for those living with AIDS; and supporting and advocating for AIDS vaccine development which offers the best hope for reducing the spread of HIV. For more information on the foundation, visit www.until.org

For more information on the campaign, including images and profiles of the participants and campaign resources, visit www.be-the-link.org or follow on Twitter @bethelink1

The Be The Link Campaign is the first of its kind to raise awareness for HIV and AIDs, visually linking 250 influential people in a voice of unity. The goal is to destroy the stigma surrounding the disease and to highlight the need for access to HIV treatment for those who need it.

Wishing you a very happy Thanksgiving from all of us here at the Daily Film Forum.

HOW TO BE A MENTALIST: WORLD RENOWNED MENTALIST CONCLUDES WORLD TOUR IN TIMES SQUARE 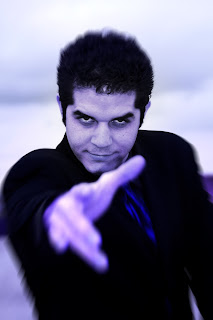 Ehud Segev, better known as “The Mentalizer”, has been covered by The Wall Street Journal, featured on NBC’s Phenomenon and NY1 for his incredible mentalist abilities. This week, Ehud returns to New York City for a stunning one-time only show to conclude his worldwide tour. The Mentalist will demonstrate mind control, lie detection and memory recollection to bring the audience on a full-blown trip to an alternate universe.
This year, Ehud traveled Europe, Africa and Asia to share his talent with the world—to high praise and popularity. His return to Manhattan will showcase how ‘magic’ continues to live on in a very real form as he ends his tour with a mind-boggling theatrical experience. Ehud explains that, “Although I will not reveal my entire arsenal of mind tricks, audiences will walk away knowing how to perform some amazing feats of the mind themselves.” During ‘How to be a Mentalist’, Ehud will intimately guide audiences to read facial gestures for lie detection, understand memory recollection vs. “imagination”, utilize mnemonic techniques and even experience mind control techniques.
With shows like CBS’s “The Mentalist” continuing to grow in popularity, Segev hopes to embrace audiences and provide them with a unique experience that not only demonstrates seemingly “psychic” abilities, like the ones seen on the television show, but actual highly developed senses and intuition.

The Dragon Slayer’s Brush with Immortality

World Champion Body Building Icon and athletic nutritional supplement pioneer, Rich Gaspari (aka: The Dragon Slayer) will be honored on November 17, 2012 with the unveiling of his official portrait. This life-sized oil painting will adorn the new corporate headquarters of New Jersey based ‘Gaspari Nutrition’ (www.gasparinutrition.com) when construction of the new facility is complete.

Bob Bonham, owner and proprietor of ‘Strong and Shapely Gym’ (www.strong-and-shapely.com) in East Rutherford New Jersey, has privately commissioned this portrait to honor Mr. Gaspari’s commitment and contributions to the sport; particularly in his home state of New Jersey. When asked about this, Mr. Bonham offered, “Gaspari put New Jersey on the body building map twenty five years ago. He single handedly changed the look of the sport while creating an east coast Mecca for body builders. As Arnold Schwarzenegger had set the standard of the quintessential body in the 70’s, the arrival of Gaspari in the late 80’s changed that standard. Through an unparalleled understanding of nutrition and diet along with an amazing work ethic, Gaspari was the precursor to what we see on the world stage in body building today. For these contributions I thought it was time that he was recognized with a different type of trophy, one that would be more personal and that came from a fan as opposed to a panel of judges. This portrait will exist as a testament to Rich Gaspari’s achievements and will stand as an heirloom within his family for generations to come.”

World-renowned, international award winning artist Kevin Murphy, earned the commission for this monumental project. Bob explained “I became aware of Kevin’s work through artist, and common acquaintance, Richard Mog, who unknown to me at the time, worked as Kevin’s right hand man in the studio.

It’s amazing how things sometimes just work out. Until I began searching for an artist to paint the portrait, I was unaware that classical art of this extreme quality was still being created today, and in New Jersey, no less. His [Murphy] work has a feel of the old masters that is rarely available in this market, and it was just what I envisioned for the Rich Gaspari painting. There was no doubt once I saw Kevin’s work who I would commission for this important painting.” Bonham continued “It seemed only right to bring these two giants together for this project.”

The collaboration began in early September, Mr. Gaspari and artist Kevin Murphy met at The Art Academy of Hillsborough, (coined, Boro Art, www.boroart.us) in Hillsborough, NJ. The initial portrait sitting and a photo session to collect reference material, for what would eventually become the 48”x 66” oil painting, was completed at that time. “This was a wonderful opportunity for me” Kevin Murphy said, “I was a dedicated weightlifter in my late teens and twenties as well as a huge fan of Rich Gaspari through all of those years. I consider it a great honor, to be selected from all of the exceptional artists available."

In addition to the day to day running of his art school and other commissioned portrait work, Kevin Murphy had just a few weeks earlier welcomed ‘Killer Goose Films,’ (www.killergoosefilms.com) into the Academy to begin filming a documentary built around his students’ experiences at the school. However, with a major commission on the “Master’s easel,” the filming turned briefly to this project. Dale DeVino, director at Killer Goose stated “We’ve been at the Art Academy filming thejaw dropping work of the teenage students; but when we had the opportunity to document this high profile painting project from its inception, we jumped at the chance. I’m glad we did, because it has been a real experience to watch both Kevin (Murphy) and Rich (Mog) work together to bring this painting to life. I didn’t think I would be so affected by it, but it has been a vision to behold. We captured the entire painting process and will debut it at the unveiling. This experience has encouraged us to incorporate the Masters work into this documentary, a film which was originally meant to focus on his students.”

As the date of the unveiling approaches, the portrait stands nearly complete. “The painting has progressed beautifully from the initial sitting through to where we are just two weeks from delivery. Though Rich [Gaspari] sat in a bare studio for the portrait, the finished painting will depict a great many relevant adornments that were not present during the portrait sitting. It was no small task to track down reference and incorporate this imagery into the painting. Kevin further asserted, “ I am very happy with where it is currently, the image has a majesty to it that all portraits should exhibit. Portrait paintings are a form of immortality as they survive the sitter by many hundreds of years, and in that, should bare the strength of the sitter’s presence. There is still some work to be done, but we are on schedule and looking forward to the unveiling.”

The portrait unveiling will be held at:
Strong & Shapely Gym
150 Union Avenue, East Rutherford, NJ
Saturday, November 17th 2012
Opened to invited VIP guests at 1:00pm,
and to the public at 3:00 that same day.
Refreshments from ‘Muscle Maker Grill’ will be served.
For more information please feel free to contact:
Bob Bonham ssgym01@aol.com