Directed & Written by Stephen Spiegel, CityBall is a feature-length documentary showcasing a year in the life of student athletes in the Kansas City Missouri School District. Once the toast of Kansas City athletics, the Interscholastic League is now riddled with problems including budget cuts, below average facilities, coaching turn-over, and staffing shortages. The students themselves have to overcome daunting odds just to graduate from high school. Many live in very low-income surroundings, having to work multiple jobs to contribute to the household's well-being. Some are learning from the examples of older siblings that gang and drug-related activities can be destructive, and even deadly. This project explores the positive role of athletics in the precarious lives of these impressionable students. It also delves into the roles played by parents, coaches, and school administrators in the many decisions that influence the futures of young athletes in Kansas City.

CELEBRITIES - “CAUGHT IN THE ACT” 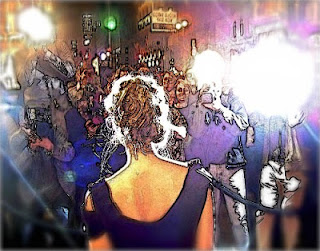 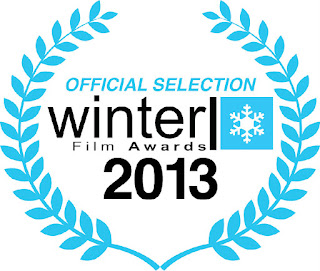 The Second Annual Winter Film Awards Independent Film Festival kicked off Thursday, February 28 2013 with three full days of screenings and after-parties and ended on Saturday March 2 with an Awards Ceremony in which 14 outstanding winners were announced. This year's event offered something for everyone, highlighting the dynamic range of talent and storytelling capabilities the independent filmmaking community has to offer. Among the 58 films selected for screening was a diverse mixture of documentaries, shorts, features, animation, music videos and horror films, including 9 student films, 15 female directors and representation from over 15 countries.

Founder George Isaacs comments "Our focus at WFA is on nurturing emerging filmmakers and helping them get some recognition and contacts to break into a tough industry. We pride ourselves on our diverse collection of films and filmmakers, allowing our audience to enjoy films they normally wouldn't think to seek out. "

Winter Film Awards is a 501(c)3 registered non-profit organization. Our mission is to recognize excellence and diversity in cinema and to promote learning and artistic expression for all people at all stages of their artistic careers. We celebrate the crazy cultural mixture that is New York City, showcasing emerging filmmakers from every age, ethnic, racial, religious, cultural, political and geographic perspective. In addition to our yearly Independent Film Festival, WFA hosts 4-6 events each year in NYC, including panel discussions, networking parties, a 48-Hour Film Challenge and other fun film-related events.

Visit www.WinterFilmAwards.com for more information
Posted by DAILY FILM FORUM at 12:00 AM 1 comment:

Two girls, born in Ethiopia and raised in North Carolina by lesbian parents travel to their birth country for the first time.

Gay Women Will Marry Your Boyfriends

Lesbians explain what will happen if you don’t support gay marriage.

Power-couple Gail and Ben have all the visible advantages of two successful careers – a beautiful home, vacations and a nanny, Margarita for their teen-aged daughter.

You Are So Undead

Complications ensue when a 16-year-old girl lets her boyfriend ‘go all the way’ and now she can’t see her reflection in the mirror.

Alice, a former headliner at the Latin Quarter, mentors a young aspiring singer.

In postwar Japan, Tsuyako, a factory worker and mother must decide between duty and love, her family and her freedom.

A woman is meeting her online crush for the first time.

Emilia wakes up in an unknown apartment next to another woman, Matylda, who claims they slept with each other last night.

Finding strength through their hardships.

Two women from different backgrounds embark upon a journey of self discovery, passion, and their love of food.

River, an adorably artful border collie trots purposefully out of the park, through the streets of a pretty tree-lined neighborhood and arrives at an old brick house.

At a friend’s bachelorette party Stefanie doesn’t find a man, but instead a woman.

Stephanie comes out and introduces her girlfriend to her overbearing mother Gayle. Her unorthodox reaction makes for one unusual first meeting.

Nikki is a maths nerd. In an attempt to widen her cloistered world her therapist suggests she take up a team sport.

LGBT TD employees and their allies share that it really only takes one person to make a change in a young person’s life.

In 2006, ‘NSync’s Lance Bass came out publicly as gay. Once the “most beloved son” of his home state of Mississippi, he was instantly rejected and his hopes that Mississippi could ever embrace change were dashed. Then in 2010 he heard the story of Constan

Powerful Out Women: On the Campaign Trail

Out, proud and elected! “POW!: On the Campaign Trail” is a snap shot of the lives of three highly respected and beloved queer women in three levels of government in Canada: Libby Davies, Member of Parliament for Vancouver East, Mable Elmore, Member of the

Sofie is a shy and timid aspiring photographer when she meets June, who runs a vintage camera shop.

The Devotion Project: Listen from the Heart

Traces Laura and Jaime’s love affair through the birth of their child, a boy with a heart condition who enriches their lives in ways they could have never imagined.

“Herazac” is a medicine which can cure homosexuality. Lotus loves Rain, but her mother discovers their relarionship.

When it comes to same sex relationships, showing your love outside of the home is sometimes a complicated personal choice.

Voted On By Industry Professionals & FTF Audience
RETROSPECTIVE PROGRAMʻFIRST EXPOSUREʼ
PRESENTS DEBUT FILMS BY NOW PROMINENT DIRECTORS
PANELS AND DISCUSSIONS:
“How They Did It” &“Stand Alone! Conversations with the Outstanding”

THE PLAYERS & LOEWS VILLAGE VII, NYC
First Time Fest (FTF) – a celebration of first time filmmakers – is a new and
unique film festival taking place in New York City from March 1 through 4, 2013.
Just as Stanley Kubrick had KILLER'S KISS, Darren Aronofsky PI, and John
Huston THE MALTESE FALCON as their first works (all of which will be
screened during the festival), First Time Fest is set to discover and present the
next generation of great cinema artists. The core of the festival is an exciting
lineup of twelve international films — from Argentina, Australia, Belarus, Belgium,
Chile, Israel, Mongolia, and the United States, all debut films by promising and
provocative directors.

Representing a hybrid between a traditional film festival and a highly motivated
audience participation event, FTF will present a dozen Competition Films,
which will be judged by a panel of industry luminaries and the FTF audience. All
competition screenings will be followed “hot-seat” discussions between the jury
and filmmakers, and all audience members will vote on the films as well.
Together, the jury and audience will ultimately select a Grand Prize winner, who
will be offered theatrical distribution for their film and full international sales
representation from the renowned American film distributor, Cinema Libre
Studio. It will truly be a contest of the best emerging filmmakers competing for
the Ultimate Audience Award.

First Time Fest is a four-day, multi-faceted event hosted in New York Cityʼs
Gramercy Park by the celebrated Players (16 Gramercy Park South), the club
founded by Edwin Booth, Mark Twain and John Singer Sargent, the oldest and
most exclusive arts organization of its kind whose membership includes the
greatest stars of stage and screen. Each of First Time Festʼs twelve finalists will
receive high-level industry mentorship and a one-year membership to The
Players. The Players will be the location for all FTF panels and events as well as
the Filmmaker and VIP Lounge. First Time Festʼs screenings will be held at the
Loews Village VII on Third Avenue (on 11th St. & 3rd Ave).
for more info please log onto www.firsttimefest.com