On the set of “Stuck in The Middle” 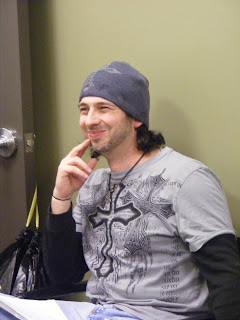 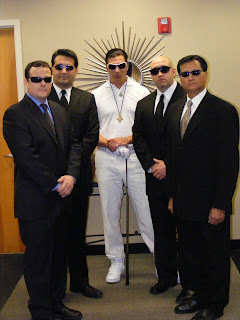 (Jesus (Etebari) and the Apostles) 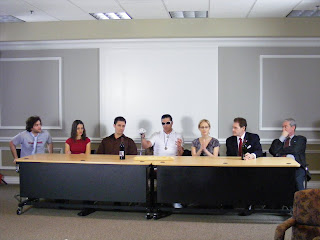 "Stuck in the Middle" A hilarious comedy currently being filmed in Hoboken, NJ, It follows the "afterlife" of A mail room slacker who accidentally kills himself in a bizarre experiment and finds himself sentenced to Purgatory working in the mail room. There, he falls for his beautiful manager and to win her heart he must stop a greedy real estate mogul for selling Purgatory and sending everyone to Hell. Stuck in The Middle is written by Joseph and Billy Pepitone and is directed by Joseph Pepitone (Nephew of Yankee great Joe Pepitone) and Carlos Duhaime. Produced by Jeff Quinlan. Stuck in The Middle stars Stephen Fontana and Penelope Lagos along with Jack Mulcahy, Jeanette Roxborough, Eric Etebari, Keith Collins and Cash Tilton. Stuck in The Middle - a theological slacker comedy coming soon!!
Posted by DAILY FILM FORUM at 12:02 AM