New Thrilling Series "SCRAWL" Aiming For You In 2021 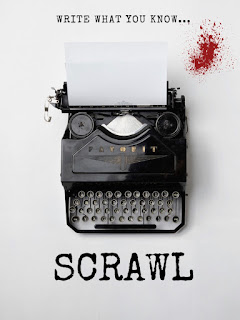 Write What You Know…..
Award-Winning Team To Film In New Jersey

So, what are you afraid of? This is the simple question being asked from the new upcoming series SCRAWL. Well, we can list many things we are afraid of but what about you?

Lets take a look, SCRAWL tells the story of a struggling writer as he battles his insecurities, mental health, and inner demons as he desperately reaches for success. A stranger presents him with a dangerous opportunity to achieve fame and fortune. He makes a pact that may turn his dreams into realities. But what will this deal do to his nightmares?

Insecurities, Mental health, Inner demons? Would you be scared? Fame alone would scare us fortune not so much. Making pacts with dreams, deals and nightmares? Reminds us of the classic "Oh God You Devil" with the late George Burns taking deals turning them into dreams with the cost of selling yourself to the devil himself! Yes, no thank you. They say Fear can only be kept hidden away for so long. Eventually, it finds a way to crawl out of the story and into your mind. We say If Scrawl crawls into your mind this could be a must watch. Looking forward to the release in 2021.

THE STORY WILL BE TOLD 2021
#SCRAWLtheseries