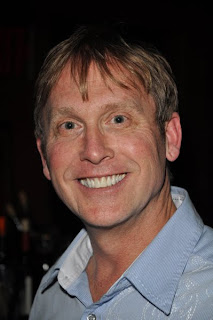 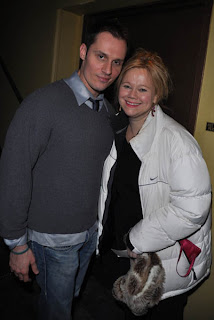 
“Sordid Lives” creator brings comedy act back to NYC at The Laurie Beechman Theater
Del Shores, creator of the cult favorite TV series Sordid Lives (starring Olivia Newton-John, Rue McClanahan, Leslie Jordan and Caroline Rhea), brings his hilarious standup back to New York City at The Laurie Beechman Theater. Whether he's recalling details of his "slut" years or calling out the assholes and bitches he's worked with, there is no subject off-limits in DEL SHORES: SORDID CONFESSIONS. Thursday nights sold out performance led to an impromptu act when Caroline Rhea got on stage belting out jokes for the crowd. Also in attendance was Actor Keith Collins enjoying many laughs while celebrating the wrap of his new movie he stars in “Awake In the Woods"
(photo credit: Derek Storm)
Posted by DAILY FILM FORUM at 12:04 AM