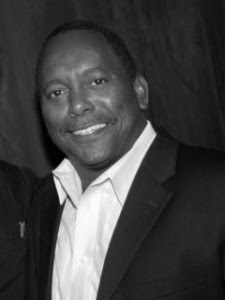 Former professional baseball player Billy Sample’s Reunion 108 has been the talk lately. Currently on movie set in New York City filming this years most talked about break out comedy “Reunion 108” Taking some time to sit with us while being mobbed by onlookers. We caught up with Sample who has been set night and day we were eagerly waiting to find out more about “Reunion 108” and what better way than being there right in the middle of the all action. Pleased to say we were able to find out so much more about this new hilarious baseball comedy.
“Reunion 108” is a full-length, comedy feature film that intends to offend and entertain. It strives to be what can only be described as the best of “Bull Durham” intermingled with “Get Him to the Greek” and promises to be a no holds bar behind the scenes and in your face look into the world of professional baseball. In this satirical comedy, two generations of professional baseball players return for a reunion game at one of their minor league stops en route to the big leagues. Unbeknownst to them, the owner of the club, on his way to a month of rustic living in the high Asian elevations, and desiring a connection to home, arranges an inducement to get the players to reveal novel anecdotes from their past ‘on and off the field’ baseball lives. The only apparent commonality between the two groups is their success on the ball field, each team providing the locals with the only two minor league championships for the small town nestled in the valley of the Allegheny Mountains. “Reunion 108” will be out late 2012. Written by Billy Sample, Directed By Billy Sample and James Suttles. The Talented cast stars Justin Grace, Keith Collins, Bo Keister, Fernando Perez, Ian Sample. Produced By, Carms Productions with Producers James Suttles, Kenneth Altman, Billy Sample and Ian Sample. We look forward to seeing “Reunion 108” this fall. Sounds like one wild comedy rollercoaster ride not to be missed!!
Posted by DAILY FILM FORUM at 11:34 AM