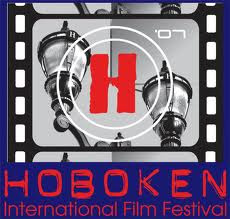 The 2012 Hoboken International Film Festival ("HIFF") is being held June 1 to June 7, 2012. Hosted by Gilbert Gottfried, HIFF will showcase numerous film and TV stars, and the world's most cutting edge films.

HIFF continues to grow – in 2011 HIFF had over 1,500 film submissions from all over the world, and accepted just over 90 films (the competition is fierce). Festival attendance has eclipsed 15,000 people in each of the past few years. A star-filled event, HIFF has had several Academy Award and Emmy winners and nominees, and numerous other fan-favorite celebrities at screenings, award ceremonies and special events.

HIFF awards the winning filmmakers with cash prizes in several categories. There are also awards given in several other categories, and there are numerous top distribution companies in attendance of the festival and monitoring the Official Selections…And then there is the very special New York Post Feature Film Trailer Competition held on NYPost.com.
Posted by DAILY FILM FORUM at 12:00 AM