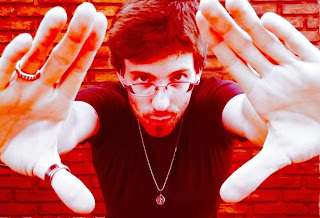 Alt-country-indie-folk-pop singer James Tristan Redding has a new album on the market, but this time he's sober and singing by himself.
After a decade of touring with Union Pulse, a genre-bending indie band from Wisconsin, then spending a winter in Mexico to put down the bottle and write a new kind of music, Redding has relocated to New York City and is launching his debut solo album "Walking Into Brooklyn" independently from a 7-foot by 9-foot apartment.
An official CD Release concert will be held Tuesday, November 12, at the Bitter End (147 Bleecker).  Admission will be free.  This concert also kicks off the INTERNATIONAL album release 25-city tour.