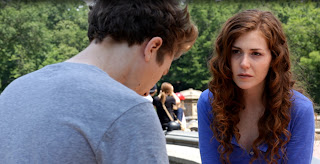 "Reality Is Merely An Illusion, Albeit A Very Persistent One" Albert Einstein

PARAGON ALGORITHM - THE MOVIE
***Journey into the most profound discovery of our time, the tangible time itself***“Paragon Algorithm” is a surreal and chilling ride into the untapped dimensions of reality. Written & Produced by Serge Levin and co-produced by award winning Producer & Director Jana (AJ) Mattioli. Starring: Tim Duquette (Visceral Matter, Ghostown ), Max Lodge (Damsels in Distress), and Haley Finnegen (Chlorine).
The film tells a story of a genius undergrad physics student, Andrew, who discovers the ultimate equation that quantifies and unlocks the true mechanics of time. His findings will break your preconceived notions about time, and startle you with the immense power that this key commands.
How many doors does the key unlock, how dangerous are the repercussions, and how permanent are the rips in existence? Through the eyes of Andrew you will embark on a journey of scientific discovery and traverse across several dimensions of our existence.
Andrew’s perception of reality will become skewed and the interlacing of various events will become all too reminiscent of a dream. But is it really a dream or the side effects from Andrew’s experiments? You will be the judge.
“Paragon Algorithm” is a visual portrayal of concepts which may seem abstract but actually have solid scientific foundation. Aside from its entertainment merits, the film will also educate the viewer on some basics of quantum physics and mainly time.
Make-up and wardrobe will be done by Stacey Peterson from ”Jerseylicious”, “Bridezillas” and the “Rachael Ray” show. Director of Photography: Ben Effinger; Assistant Director: Patrick Phelan; Sound: David Mcrorie.
Be sure to check ( www.phobosfilm.com/paragonalgorithm.html ) for updates
Posted by DAILY FILM FORUM at 11:50 AM