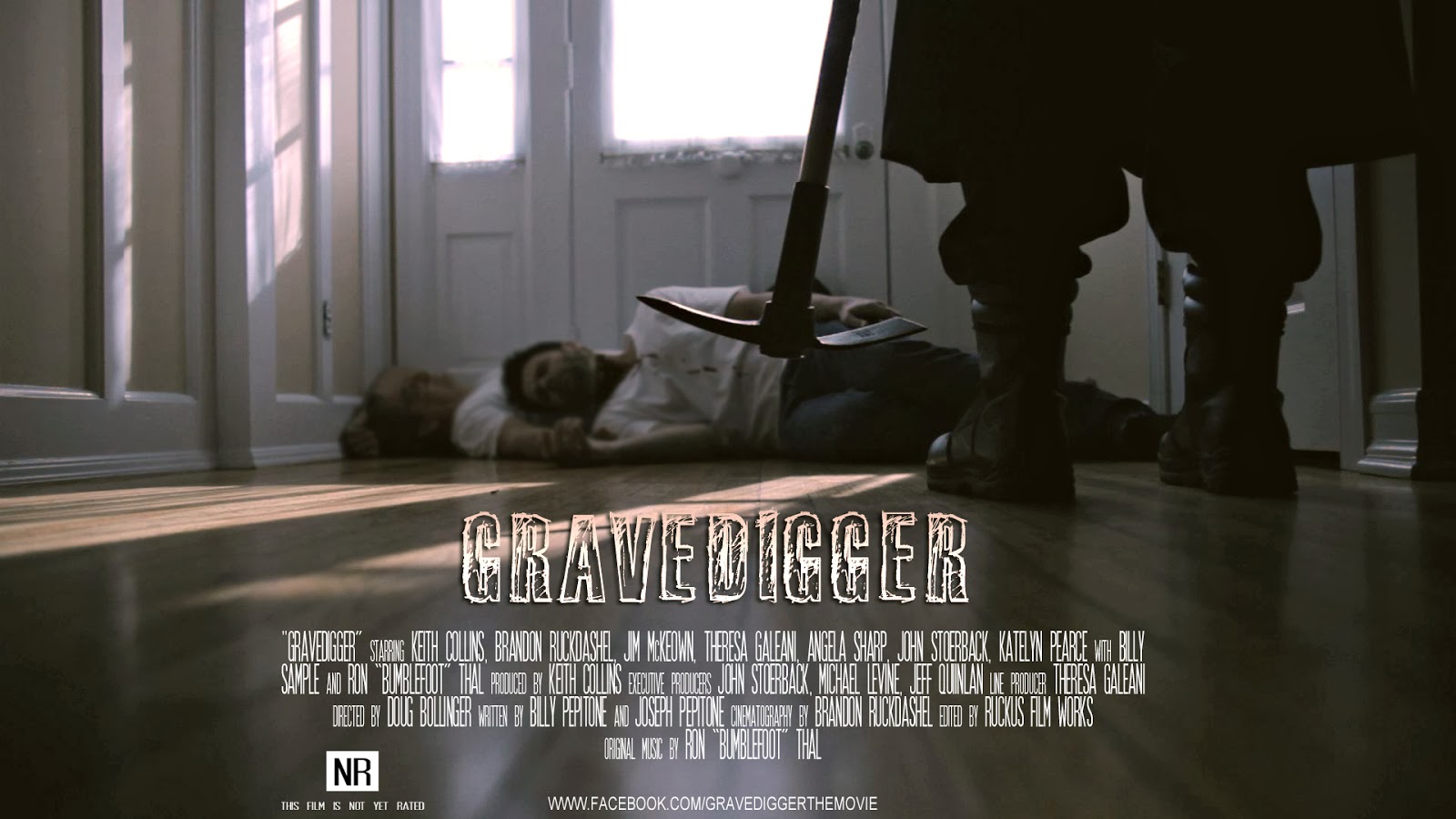 New poster & Trailer for the Horror / Thriller film Gravedigger is leaked out and we are digging it!!! check out the trailer link and see for yourself we give it our thumbs up high!

Bury your guilt!.. A vigilante serial killer is stalking, killing and burying those he has judged guilty and anyone in this corrupt beach town could be next!

Filmed in New Jersey, comes a disturbing, new twisted shock fest “Gravedigger”. A sinister collaboration between the minds of Award Winning Actor Keith Collins (“Stuck in the Middle”,”The Meat Puppet”), Doug Bollinger (“Waltzing Anna”), Brandon Ruckdashel (“Co-ed Confidential”), the eerie ink of NY Emmy Award Winning Writer Joseph Pepitone & Billy Pepitone (“Stuck in the Middle”) and along with original music from guitar rock genius Ron "Bumblefoot" Thal ("Guns N' Roses") comes an intense horror/thriller that will keep you on the edge of your seat and the brink of insanity throughout a terrifying journey of paranoia.

“Gravedigger” tells the story of Steve Borden (Collins) who is a brilliant, young criminal defense attorney. As junior partner in a local, high end law firm, he makes his living defending the indefensible. When a case gone horribly wrong haunts him, Borden’s conscience begins to send him into a guilt-ridden spiral. Police Chief George Orkin (McKeown) is the town’s top cop. With more bodies turning up buried, District Attorney Mike Ruble (Ruckdashel) suspects Orkin’s ties to crime boss Charles Muzzatti (Stoerback) may be the answer to the case. Now, Orkin must deal with his own eroding sense of integrity to keep both sides of the law off his back. As paranoia rises and Borden, Orkin, Ruble & Muzzatti try to pin the murders on each other, could another, more sinister force be hunting them? Codes, morals and misguided views of justice collide when the law, the mob and the Gravedigger face off in a bloody battle that will darken the survivor’s souls forever. But will burying the guilty, bury the Gravedigger’s own guilt?