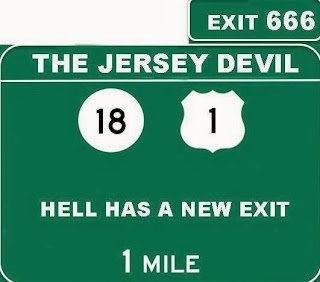 When his term limit comes up, Lucifer, the original Devil, must turn the reigns of Hell over to James Burnett. But Burnett has new plans for Hell that includes changing its' image and relocation. He enlists his Advocate, Richard Cooper and his beautiful sidekick Tori to find a new home for the damned. After an extensive search, they settle on New Jersey. As construction begins, James implements his plan to gather as many souls as possible so he can challenge the Kingdom. Meanwhile, Lucifer, with his wife Eve and Advocate Judas have arrived in Jersey to put an end to James' plans. After several failed attempts to stop him, Lucifer turns to a higher power for help.

“The Jersey Devil” and Jersey City, NJ are a match made in….HELL!! With the support of the FilmJC and the Mayor’s Office, filming will take place in several well-known locations including the Landmark Loews’s Jersey Theater and City Hall. Jersey City will provide a perfect backdrop for the hipper, more contemporary Hell.