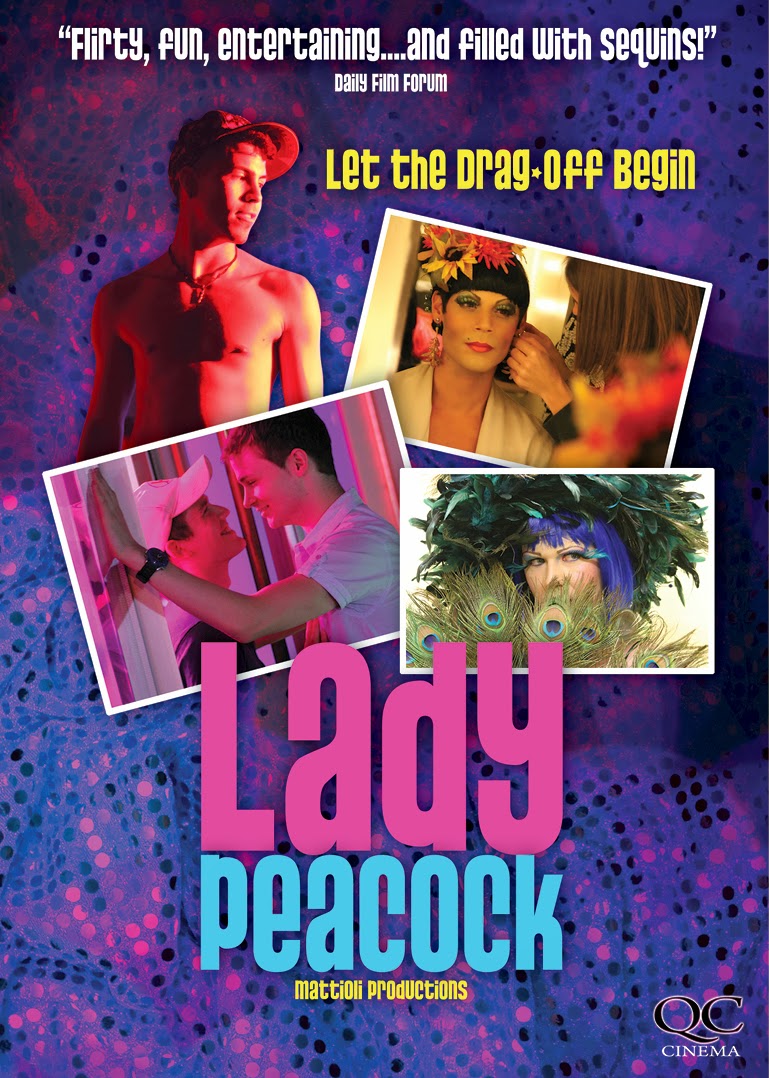 "Lady Peacock" is the newest feature film by groundbreaking director AJ Mattioli (An Affirmative Act) . Jumping feet first into a romantic comedy (a new genre for Mattioli), Lady Peacock can best be described as an innocently light sex romp leading to first love! The story centers on the premise of "boy meets boy" - and all the chaos and comedy that ensues while "boy pursues boy"! With the use of split-screen set ups and visible message bubbles in this hilarious LGBTQ flick, it is clear that Director AJ Mattioli has been inspired by and sweetly pays homage to the classic bedroom comedies of the 60's.

The talented cast of mostly new-comers is refreshing and their names and faces are definitely worth remembering! We will likely see more of this group of actors as they go on to future roles and notoriety. Our stars Alec Seymour and KC Comeaux are wonderfully believable as our destined young lovers. Josh Cruz is simply sublime as our bitchy, drag queen villain. Elissa Goldstein eloquently provides the much needed voice of reason throughout the film.

"Lady Peacock" is chock-full of cute boys, sexy girls, drag queens, comical set ups, one-liners, and dance music to get your dance juices pumping! From beginning to end, "Lady Peacock" is going to be a ride that's flirty, fun entertaining... and full of sequins!