Joseph Pepitone Soon To Be Brining "Phoenix: The Resurrection" To The Big Screen 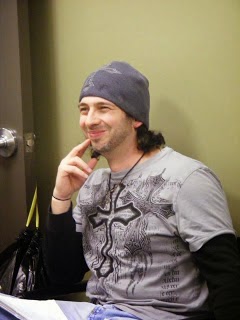 DFF: You have now written and directed two films. Are you happy with the way they turned out?

JP: Very happy. The first film, Stuck in the Middle, we were all just figuring it out as we went along and it turned out to be a very well received. It received a distribution deal and is available on Amazon. And we are currently in post-production for The Jersey Devil and I can’t wait for this film to be unleashed on the public. It’s funnier, edgier and just an all-around better film than Stuck. And I love Stuck. This movie is going to make people take notice of the group we work with.

DFF: Tell us more about The Jersey Devil?

JP: It’s an insane comedy. The Devil’s term limits are up and a new Devil takes over with a plan to relocate Hell. He winds up in Jersey City, New Jersey and that’s when all Hell breaks loose, bad pun intended. The cast is amazing. We have Chris Mulkey from Boardwalk Empire, Edvin Ortega from Orange is the New Black and some of my Stuck in the Middle clique Keith Collins, Penelope Lagos, Jack Mulcahy and Stephen Fontana. But everyone is just off the charts good in this. We had such a great time making it and it will show on screen.

DFF: When will it be released?

JP: We are coming to the end of post-production and we will have a big screening in September. We already have some distributors interested so I am really anxious to get it out there in 2015.

DFF: What is next?

JP: We recently started pre-production on our next film, Phoenix: The Resurrection. This one is my brother and co-writer Billy’s idea and we have been working on it for four years. It’s an action/drama and a different direction for us. But this genre is right in Billy’s wheelhouse.

DFF: When can we expect Phoenix: The Resurrection?

JP: We’ve been holding on to it until we knew we could do it correctly and now we have the right people on board to bring it together. We plan to shoot in Jersey City in the early spring and have it released in late 2015 or early 2016.

DFF: How can we keep updated on your projects?

DFF: Thank you and we look forward to seeing Phoenix: The Resurrection!