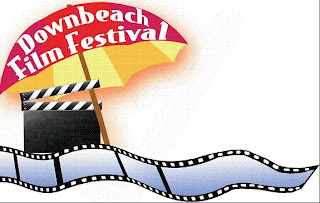 Atlantic City, NJ Downbeach Film Festival presents the 2011 Atlantic City Cinefest, October 14 to 16 in The Screening Room at Resorts Casino Hotel. As in the prior three years, the festival will screen a selection of more than 30 features, shorts and documentaries, as well as honor cinematic success stories, such as Scott Rosenfelt, who will receive the Lifesaver Award Saturday night.

Rosenfelt has produced such Hollywood hits as Home Alone, Mystic Pizza, Teen Wolf and Smoke Signals. He will be honored with a retrospective following the screening of a documentary he produced and directed, Standing Silent. The powerful film, a Sundance Documentary Filmmaker Grant recipient, exposes the issue of child abuse among orthodox rabbis in Baltimore.

One of the festival’s opening night films, Deconstructing Dad, is another documentary on the life of iconic musician, Raymond Scott, who produced the music for Warner Brother’s classic cartoons, directed the orchestra for TV’s “Your Hit Parade,” and developed the use of technology in music. The festival will close with the 25th Anniversary screening of Wise Guys with co-star Joe Piscopo doing a Q & A.

Log onto www.downbeachfilmfestival.org for festival updates.
Posted by DAILY FILM FORUM at 4:57 PM