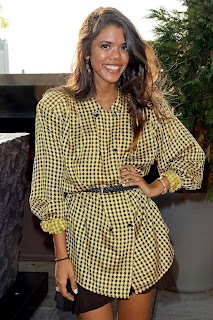 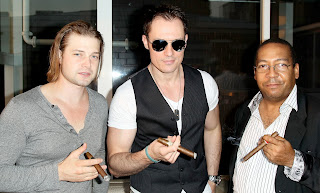 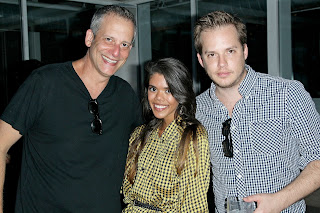 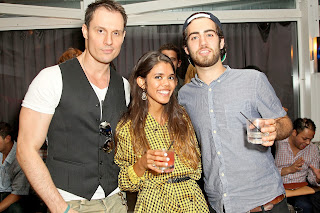 Singer/songwriter Megan Vice - born, raised and based out of New York - dropped her first solo project this past July entitled "Step On The Scene". Her 5 song EP, containing 4 original tracks and a cover of Prince's "I Wanna Be Your Lover," sonically blends splashes of funk, pop, disco, and electronic music - a powerful mix produced by San Francisco based artist Young Science. Megan Vice's concoction is one that's sure to get you buzzed and make you want to dance til dusk.

And dance til dusk they did, as the "Step on the Scene" release party took off at XVI Rooftop Lounge last evening for one hell of a cocktail party and spun out of orbit (and presumably deep into Hell's Kitchen) sometime around 11pm. Midtown West's Versailles in the Sky was alight with chums, fans, and glitterati, and as partygoers watched the sun set over the Hudson, the room really started to groove.

This event follows Megan's release of her most recent single's video, "No Good For Nothing," which came out last month. The video, directed by Vice and shot by Todd Rocheford, hosts some super psychedelic visuals and features Seattle-based rapper, Sam Lachow. Be sure to check it out, you won't be able to tear your eyes away!
Vice proves a performer with serious vocal chops and finesse for seamlessly spinning psychedelia and glam rock of the 70s, dance-pop of the 80s, and fun, funky attitude of the 90s into one infectious package. At the forefront of music and fashion, this little lady is a force to be reckoned with.
Her premiere EP, "Step On The Scene," is available for free streaming on SoundCloud and up for purchase on bandcamp/iTunes.