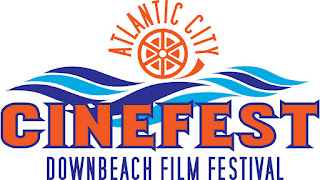 Scott Rosenfelt, the producer of “Home Alone”, “Mystic Pizza”, “Teen Wolf” and “Smoke Signals” will announce the first movie ever about the 500 Club at the opening of the 10th Annual Atlantic City Cinefest on Oct. 13. Mayor Don Guardian will join Rosenfelt and other dignitaries at Dante Hall Theater at 6 p.m. to talk about “The Five.”
Rosenfelt will be writing the script and producing the film. He’s been working with Paulajane D’Amato on the story of her father, Skinny D’Amato, and the famous night club. The script will primarily encompass the time between Skinny’s purchase of the club in the late 1940’s through the Democratic National Convention in 1964.  It will be bookended by the tragic fire that destroyed the 500 Club in 1973.
The filmmaker has enlisted investors from the Atlantic City area for the development of the project and has been doing extensive research in the area.  “This is an important part of the overall process, working with those who know the story and are excited to see it brought to the screen,” Rosenfelt said.  “This project is also a boost to the Atlantic City economy and wonderful for the morale of the area, which has suffered under that loss of jobs emanating from the closure of multiple casinos.”
In addition to a residence in Los Angeles, Rosenfelt has been living in Margate for the past three years with his wife, Victoria Dolceamore, a native of the area, and their three children.  His father graduated from Atlantic City High School in 1941 before heading off to the Army Air Corps in WWII. The filmmaker is currently prepping a movie, “The Big Score”, which he wrote and will be producing and directing.  He expects to be shooting in Taiwan, Toronto, Manila and Los Angeles during the first quarter of 2018.
The 10th annual Atlantic City Cinefest will present more than 75 feature, short and documentary films, Oct. 13 to 15. The film festival will serve up a mix of comedy, drama, horror and more, many from New Jersey filmmakers.
Tickets are $40 for a weekend pass; $25 for a day pass and $5 for a single block of films. Tickets are available through Stockton University at dantehallstockton.org and at the door. For more information on the festival, visit www.atlanticcitycinefest.org