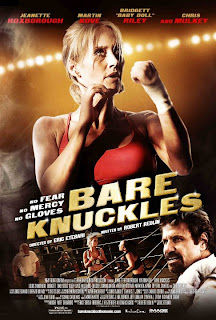 Jeff Quinlan grew up in New Jersey and graduated from Montclair State University with a Business Administration degree. After college he worked for a Wall Street Mutual Fund company. After 2 years, he decided to bring his business and marketing experience to work in the growing real estate industry in Hoboken. He became a successful real estate developer and agent in Hoboken NJ.

In addition to real estate, his dream was to act and produce movies. He started in the film business in 2003, when he co-produced North of Providence with his actor friend Marc Belasco.
Jeff became the producer and actor in Ken Del Vecchio's movie Polycarp, which stars Michael Pare, Charles Durning, Justin Deas, Beverly Lynne, Marc Belasco, Brooke Lewis, and Brandon Slagle. He then was got involved with well-established filmmakers to produce and act in the following films;
Methodic by Chris Notorile;
Bare Knuckles by Eric Etebari, which stars Marty Kove, Louis Mandylor, and Chris Mulkey;:
Pride and Loyalty by Kenneth Del Vecchio, which stars Charles Durning, Marc Consuelos, and Rebecca Budig;:
IMurders by Kenneth Del Vecchio and Robbie Bryan, which stars Billy Dee Williams, William Forsythe, Gabrielle Anwar, Wilson Jermaine Heredia,Tony Todd, Terri Colombino ,Frank Grillo and Charles Durning.
The Drum Beats Twice starring Amy Redford , Costos Mandylor, Charles Durning , Susan Miner and Robert Clohessy .
Jeff is a producer on Affirmative Act, A movie that addresses gay marriage which stars Charles Durning, Robert Clohessy, Eric Etebari and Randy Jones ( Village People).
Jeff recently finished shooting a short film called “Choose” a film about a woman who has cancer and a husband who must choose her life over their unborn child.

Jeff has been out promoting their movie Bare Knuckles which is about a single mother who will do whatever it takes to provide for her daughter. Her one chance at security comes down when down and out fight promoter Sonny Cool (Martin Kove Karate Kid ) introduces Sam to the dangerous world of high stakes all female bare knuckle fighting . Sonny teams up with Trainer Al (Chris Mulkey, BoardWalk Empire) and takes Sam to the final fight. Bare Knuckles is Distributed in the US by Image Entertainment and In the foreign markets by Curb Entertainment. Bare Knuckles can be found at Blockbuster, Amazon, and Netflix WWW.BareKnucklesTheMovie.com. Jeff is busy working on several more screenplays for the year 2011.