THRILLING "AWAKE IN THE WOODS" FILMS 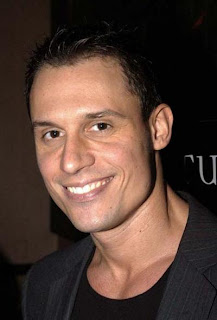 Actor Keith Collins has been cast in many roles before but none like the one he has recently signed on to film. Currently on movie set in the small town of Marion, New York and filming this winters new upcoming highly talked about thriller/horror feature film “Awake In The Woods” Taking some time to sit with us while being mobbed by onlookers. We caught up with Collins who has been on the spooky set that revolves around a wooded area transformed into what one would say is an extremely chilling atmosphere weather it was night or day just being there behind the scenes was making the hairs on the back of our neck stand up and making our minds wander with anticipation while looking at this old abandoned woodsy fog filled area that has been molded into a Hollywood film set. Collins, starting to get into character was able to talk with us for a moment as we were eagerly waiting to find out more about “Awake In The Woods” and what better way than being there right in the middle of the all action. Pleased to say we were able to find out so much more about this new bone chilling film.
Veronica (Galeani), Tucker (Boise), and Derek (Collins) grew up in small town Marion, New York. Everyone in town had heard stories of odd happenings within the Marion woods and the woods became an urban legend everyone assumed was just that, a legend. But when a young girl goes missing within the woods and the paranormal activity begins to heighten Ronnie, Tucker, and Derek decide to investigate. The three friends camp out, hoping to make a documentary about their town’s ghost story, but what happens next, no one could have prepared for. What happened to them is unexplainable and only one was left wandering, alone, awake in the woods.
“Awake In The Woods” will be out early winter of 2011. Produced by MM Mayhem Films the talented cast stars Theresa Galeani, Keith Collins, Nicholas Boise, & Madelaine Kemp.“Awake In The Woods” is written by Galeani & directed by Nicholas Boise. We look forward to seeing “Awake In The Woods” this winter. Sounds like one thrilling movie creep show not to be missed!!
Posted by DAILY FILM FORUM at 12:01 AM