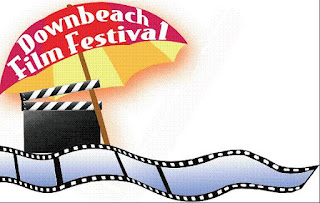 HBO has granted permission for the Downbeach Film Festival to screen a not-yet-aired episode of season three of Boardwalk Empire at the 2012 Atlantic City Cinefest. The episode will air at 2 p.m. on Saturday, October 13 at Dante Hall Theater, 14 N. Mississippi Avenue.
Terence Winter, the series creator, producer and head writer, will be on hand to moderate the episode with a Q&A afterwards. The cost is $5 for the screening.
Winter, wrote The Wolf of Wall Street now filming by Martin Scorsese, will also participate in a panel on filmmaking Saturday afternoon at Dante Hall immediately following the showing of the upcoming installment about Atlantic City during Prohibition.
In addition to Winter, veteran indie filmmaker Robert Downey Sr. will present his 1969 classic, Putney Swope, as the opening night film at Showboat Atlantic City. Downey, who also directed Hugo Pool and Greaser's Palace, among others, will speak about the film briefly before and do a Q&A afterwards. It’s an evening not to be missed, and it kicks off at 7:30 p.m. Tickets are just $5.
Jersey native Peter Dobson, who appeared in Forrest Gump, The Frighteners and Last Exit to Brooklyn, as well as numerous television shows, will screen his short, White Mule on Saturday night at Dante Hall. Dobson will also be on the panel.
White Mule leads off a block of films that include two shorts, Dark Corner and Pandora’s Box, the latter based on a story from Mickey Diamond, husband of festival, board member, Harriet Diamond. The block closes with Christine Farina’s documentary, Gamers. Farina teaches at Richard Stockton College of New Jersey.

“The lineup of guests we have attending is second-to-none,” said Nichole Kilpatrick, vice president of Downbeach Film Festival. “This makes our fifth anniversary festival that much more meaningful.”
Revel will host the Friday night after party, and Showboat, the closing reception following the awards ceremony at Dante Hall. For more information please visit www.downbeachfilmfestival.org