"LIGHTS OVER PARIS" READY TO HIT THE BIG APPLE! 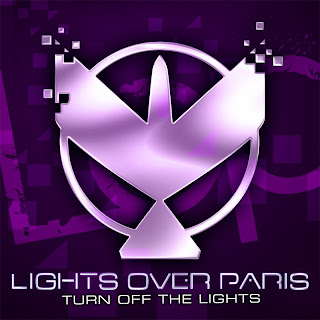 On their first nationwide tour and heading to NYC with their widely known debut hit single, "Turn Off The Lights" an infectious track, produced by multi-platinum producer/artist Kevin Rudolf ("Let It Rock" & "I Made It") which is already heating up the airwaves across the country at Top40 Radio. The band is now on their first tour that’s rocking 34 major cities across the country!. Lights Over Paris or “LOP” (Frontman Robb "TaLLLLL" University, Will "W/P" Pepper, Lead Guitarist Devin Bronson the veteran, having played for Avril Lavigne & Kelly Osbourne, Bassist Mike Torres & his mind-blowing fretwork, which made him a star on tour with Ashley Tisdale, with Dave Gentry on drums & DJ Shiny)
Will be getting ready for a sold out live NYC show Friday September 24th with a private after party at NYC’s exclusive Nikki Beach which will be hosted by Actor Keith Collins. Bottles will be flowing & fans will be jumping as we hear many vips & celebrities are expected to attend so if you are lucky enough to make it past the velvet ropes be ready for the blinding lights from camera lens men..
View Lights Over Paris smash hit “Turn Off The Lights” official video
http://www.youtube.com/watch?v=QoxSURZEUE8
Posted by DAILY FILM FORUM at 1:00 AM