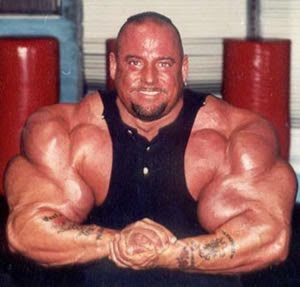 This past Thursday there was commotion on the Seaside Heights boardwalk but wasnt the "Jersey Shore' kids, it was bodybuilding legend Gregg Valentino who was taking pictures with fans and beach goers..Valentino was in Seaside Heights N.J. vacationing with his family when he bumped into Jersey Shore stars a Pauly D. & Vinny who both got very excited when they realized it was Gregg Valentino in front of them.. Pauly D. got wide eyed and quickly yelled out to Vinny " Yo Vinny look who it is, your boy is here" Vinny reads Valentino's monthly column in Muscular Development magazine...The meeting was caught on camera and had everyone on the boardwalk buzzing..The 2 MTV stars asked Valentino if he would be interested in grabbing a workout with them and teach them some pointers... Valentino has also heard around being linked to Snooki back in early June. Valentino was in Hollywood working on a TV show thats where he bumped into pint sized snooki and the 2 hit it off together.
Posted by DAILY FILM FORUM at 10:45 PM