MOVIE SPOTLIGHT - "STUCK IN THE MIDDLE" 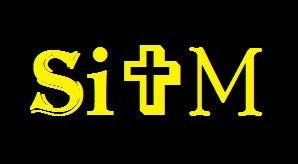 Filmmaker Joseph Pepitone currently on movie set in the popular city of Hoboken, New Jersey filming this summers new upcoming comedy feature film "Stuck In The Middle" Taking some time to sit with us and letting us snap some quick pictures while being mobbed by onlookers. One would say it was a sight to see with this comedic atmosphere just being there behind the scenes was hard to keep our composure watching the actors filming scenes with their hysterical dialog. With lots of spectators and film crews running around surrounded by many lights and cameras, eagerly waiting to find out more about "Stuck In The Middle" and what better way than being there right in the middle of the all action. Pleased to say we were able to find out so much more about this new hilarious film which is A Comedy about life...after life - A mail room slacker accidentally kills himself in a bizarre experiment and finds himself sentenced to Purgatory...working in the mail room. There, he falls for his beautiful manager and to win her heart he must stop a greedy real estate mogul for selling Purgatory and sending everyone to Hell. “Stuck In The Middle” will be out this summer of 2011. Produced by Film veteran Jeff Quinlan of (Bare Knuckles, Polycarp & IMurders) along with Carlos Duhaime, Joseph Pepitone, Billy Pepitone and John Summa with Stuck In The Middle Productions. The talented cast stars Stephen Fontana, Penelope Lagos, Keith Collins, Jack Mulcahy, Jeanette Roxborough, Eric Etebari, Cash Tilton, Carter Roy and Jeff Quinlan with special appearances by many others. “Stuck In The Middle” is directed by Joseph Pepitone and written by Joseph and Billy Pepitone. We look forward to seeing “Stuck In The Middle” this summer. Sounds like one comedy rollercoaster ride not to be missed!!
Posted by DAILY FILM FORUM at 12:00 AM