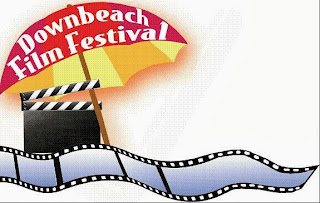 The 2013 Downbeach Film Festival/Atlantic City Cinefest is less than a month away. Movies are in place, venues are set, and attendance is growing.

"After a successful festival in 2012 in which we had "Boardwalk Empire" creator, Terry Winter, the legendary Bob Downey, Sr. and Neptune native, Peter Dobson, as guests, we are looking forward to making more memories at our sixth festival, in October," said Nichole Kilpatrick, vice president of the Downbeach Film Festival, which runs Atlantic City Cinefest.


Chris Mulkey expects to return to the festival for the third time. Mulkey will seen soon in theaters in "Captain Phillips" with Tom Hanks.

Board member and Rowan film professor, Ned Eckhardt, will host a series of nine short films from five colleges around the nation about sexual abuse on campuses. Filmmakers will be in attendance.

Also on tap is another documentary called “Troupers,” which focuses on performers who continued into their 80s, including Kaye Ballard and Carl Ballantine. Co-director, Sara Ballantine, Carl’s daughter, expects to be in attendance along with the other director, Dea Lawrence.

Harris Haith will premiere “The Starks Coalition,” a feature film shot mostly in Atlantic City. Haith stars and directs the tale of Justin Starks, a former financier who ends up down on his luck and fights back.

About Downbeach Film Festival
Downbeach Film Festival presents Atlantic City Cinefest October 11 to 13 to celebrate the art form of moviemaking. We are rooted in the celebration of film, and the creation of a forum where independent filmmakers can exhibit their work. For more information, visit www.downbeachfilmfestival.org

About Dante Hall Theater
The Richard Stockton College of New Jersey took over the leadership and operations of Dante Hall Theater in 2011. An intimate 240-seat performing arts venue, Dante Hall Theater serves Atlantic City and the surrounding communities as a vital cultural center. The Theater hosts a diverse range of professional and amateur performances attracting a wide variety of patrons. For information on Dante Hall Theater, please contact Stephanie Clineman at 609-347-2162 or stephanie.clineman@stockton.edu

About Golden Nugget
The Golden Nugget has restored the former Trump Marina into a successful and thriving casino hotel in the marina district. In addition to the intimate showroom, the Golden Nugget features a variety of restaurant from The Chart House to Vic and Anthony’s and a host of clubs. For more details, visit www.goldennugget.com/atlanticcity.