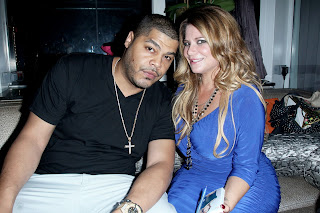 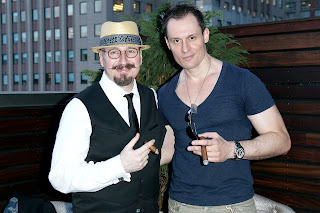 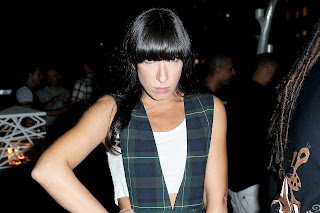 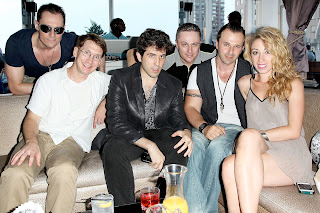 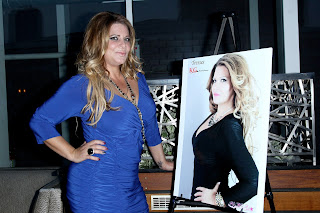 Wednesday night was the place to be at NYC hotspot XVI Rooftop Retro Wednesday Celebrity Sunset Happy Hour which was hosted by VH1’s Mob Wives Karen Gravano for the launch of ‘Tresses By Karen Gravano’ with co-hosts actor Keith Collins & Celebrity Photographer/Legendary Studio 54 DJ Steve Mack. The event heated up with a bevy of industry insiders including cast, producers & Director for the official movie wrap party for the new upcoming comedy film “Ball Boy”. The event also included an exclusive promotion from Davidoff of Geneva Cigars which had patrons wanting more of the high rated cigars. Others that mingled with vip’s while the sun set behind the New York Skyline were; Former Pro Basketball player Abe Keita, Lady Starlight, Producer Storm, Director Dave Broitman, Mickey Knuckles from FUSE TV's 'GThing' & Roman Itkin from "Big Brother".  Karen Gravano of VH1's 'Mob Wives' is a New York Times best Selling Author of the hit biography 'Mob Daughter' has embarked on another business venture in the beauty industry. Gravano launched a hair extension line called, 'Tresses By Karen Gravano' which is a hair line for all women including women of color. Karen is a licensed esthetician and a former spa owner in the wellness state of Arizona and expanding her knowledge in the beauty industry has been which something that Karen has aspired to do and is very pleased to be an owner of a hairline.