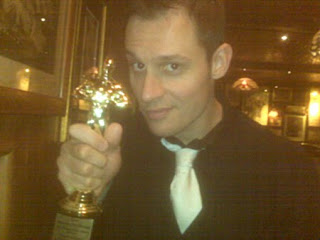 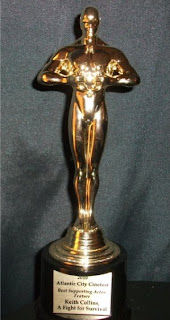 Actor Keith Collins who stars in the new film “A Fight for Survival” won the award for best supporting actor for his performance in the film at the 2010 Downbeach Film Festival Atlantic City Cinefest at Resorts Casino, NJ. Collins whose performance is powerful, unforgettable, and riveting gives the movie just what it needs. Hundreds of films were submitted to the festival with only forty movies that were accepted to screen and only five actors being nominated for the category of best supporting actor which Collins had come out on top. Keep an eye out for this suspenseful film as we hear release dates are up and coming soon.
For more info www.AFightForSurvival.com
Posted by DAILY FILM FORUM at 12:30 AM