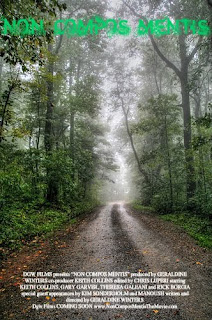 “NON COMPOS MENTIS” BECOMES AN OFFICIAL SELECTION AT THE 2010 DOWNBEACH FILM FESTIVAL PRESENTS ATLANTIC CITY CINEFEST OCTOBER 15-17th 2010 in ATLANTIC CITY NEW JERSEY AT RESORTS CASINO.
This film keeps popping up and making its festival rounds. After a successful run at the Hoboken International Film festival in June which “Non Compos Mentis” was nominated best feature film of the festival via the audience award and will now screen Sunday October 17th 2010 at the Downbeach film festival presents Atlantic City Cinefest at Resorts Casino. For more info on the festival & to attend the screening please log onto www.downbeachfilmfestival.org
”Non Compos Mentis” reels the audience in as it takes you on a psychological journey into the mind of sexual addiction, love identity and insanity. A young couple who have it all. A Missing person, a priest. A psychiatrist playing cat and mouse with a detective seeking clues. All in the rich subtext of psychological illusion. Starring Keith Collins, Gary Garver, Theresa Galeani and Rick Borgia with special guest appearances by Kim Sonderholm & Manoush. Written and Directed by Geraldine Winters and produced by DGW Films.
For more info & release dates log onto www.NonComposMentisTheMovie.com
Posted by DAILY FILM FORUM at 12:01 AM