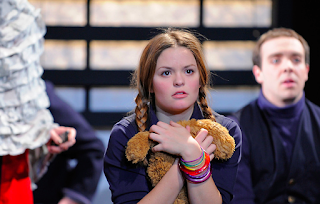 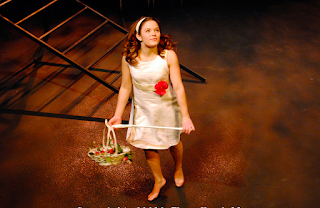 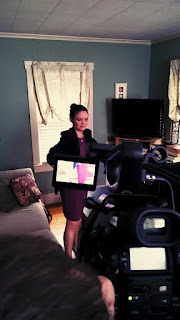 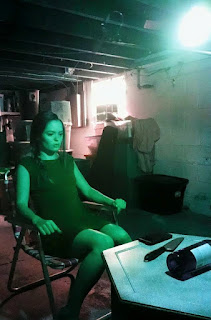 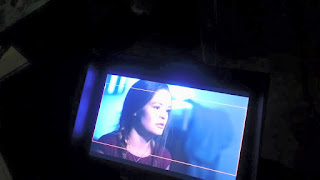 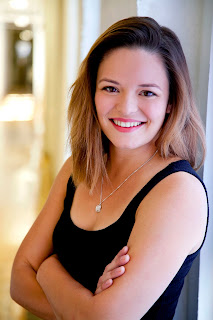 Daily Film Forum Exclusive::
From theater to film, and the new upcoming horror / thriller “The Samaritans” join us for A moment with rising star
Annelise Nielsen

DFF: Your new project, The Samaritans - what’s it about, and tell us about your character in it and how you want to bring it to life?

AN: The Samaritans is about a group of four ambitious entrepreneurs who have been developing hot new apps together for a while. However, they have never met in the real world. Stumped on their newest project they decide to finally come together for an in person meeting, but something interrupts them. Suddenly pitted against each other, this “innocent” team finds they have more in common than they thought. The past is back to haunt them and they will either become each other’s saviors or executioners.  Rosie, my character, is the copy writer of the project. With an intense focus on language, her quick wit pierces through any bullshit -pardon the term. But truly, she is a clinical observer, which makes her extremely adaptable. As copy writers change their rhetoric to fit their client, Rosie is able to fit to those around her, which could make her a dangerous chameleon. Her words become her reality, which in turn becomes her nightmare.

DFF: How did the project come together in the first place, We heard many auditioned for the role of Rosie which you landed. How does if feel to be casted in a horror project?

AN: This is such an incredible opportunity and I just hope I can keep up - especially with it being a horror film - in this genre you fall behind you get killed!! But truly it is such an exciting script and story —I know its going to be a blast.

DFF: Your theater credits are very impressive, how do you like going from theater to film?

AN: Going from theater to film is certainly a challenge, but one that simply requires taking the energy of the character and condensing it from that which can fill a huge auditorium to something that fits the range of the camera. It still requires so much play and awareness, but you can send all of that creativity right into the lens, which allows it to be much more intimate. I’m finding this film to be the best transition I could hope for as the horror genre  - and the Samaritans in particular - allows for some of the big emotions and kooky character work of theater to still exist.

DFF: From “The Brink of Us”, “Closer”, “Spring Awakening” & “Seven Deadly Sins” what have you learned from your experiences on stage with such great productions?

AN: Theater has allowed me to find all of the characters within myself. With each new project I’ve had to find my truth within it - rather than putting a character on - you find a side of yourself that can allow that person to come through. And theater, even more so than film, allows you to find that side of yourself not only emotionally but physically and vocally. Finding fun physicality always brings the character to life for me and then its just a joy to play in that body in that new world.  I think through character work you find that there is a universal truth - something innately human that connects us all, which makes it easy to adapt and understand someone else's perspective.

DFF: Doug Bollinger is the Director of The Samaritans. He has Directed & wrote films such as “Mail Order Bride” & “Waltzing Anna” has worked with Oscar Award Nominee Danny Aiello, Artie Lange, Vincent Pastore & Emmanuellle Chriqui. How does it feel to be under his direction in the horror / thriller The Samaritans?

AN: Through all of my nerves it is nice to know that I am in beyond capable hands. Doug is an incredible director because he also works as an actor. He can direct because he has that perspective and knows howthe crazy actor brain thinks. He brings his vision to life by setting an amazing example and falling completely into his work, and then brings his lucky cast on the journey with him.

DFF: Along with Bollinger, Cory Green, a talented editor & cinematographer has had an Emmy nomination, Keith Collins is a multi award winning producer & actor seems like you couldn’t be in greater hands as far as production. How do you feel about joining the cast with them behind it?

AN: I am so blessed to be working with such wonderfully talented but also just wonderful people. The whole team is so gifted and experienced and I am certainly overwhelmed with fear of letting them down, but their talent is so great I know whatever I do will be elevated to an unparalleled level. Between the magic that Cory can piece together and the care with which Keith orchestrates a production, I think the final product will be unlike anything I’ve ever been a part of.

DFF: We hear you are also a choreographer? Please share some details on it with us & any current news?

AN: I am - all of that physical theater training and years of studying dance just couldn’t be kept bottled up. I love choreography because I think that sometimes there is an element to our experiences that words just can’t fully capture. For me to move and express physically targets something even deeper within a story.  I am currently working with RealLive Theater and their production of “The Life and Death of Queen Margaret” that will be developed and performed this summer in Western Massachusetts. For updates check out reallivetheatre.net

AN: I am also working with Palina Jonsdottir and Columbia University on August Strindberg’s “A Dream Play” which will be at the Schapiro Theater May 13th through the 15th.

DFF: What can you tell us about the career of yours, what got you into acting, did you receive a formal education on the subject?

AN: Though I’m just starting in the world of film I have been acting and performing for as long as I can remember. Its always been a dream of mine but I started to truly understand the craft of it at the University of Massachusetts Amherst where I studied everything from Shakespeare and Commedia dell’arte to Viewpoints and Suzuki. Since moving to the city I have tried to expand my skills even further and have taken classes with the Upright Citizen’s Brigade and Sean McLeod.

DFF: How would you describe yourself as an actor?

AN: I’d have to say I’m pretty goofy - I trend towards comedy but I think that’s because of a willingness to play in order to explore the range of the character and the world. I love to focus on the nuances of language - word choice can tell a lot about a person - and of course my forte is movement.

DFF: What Actors inspire you?

AN: I am incredibly inspired by Carey Mulligan, Brie Larson, Tina Fey, and Amy Poehler — basically badass ladies that have created such incredible careers through what I think is an unbelievable understanding of what it is to be a woman - finding the delight, the devastation, and of course humor
of it all

DFF: How about some of your personal favorite films to watch?

AN: Some of my favorite films would have to be An Education, Never Let Me Go, Once, and for sure Hot Fuzz.

DFF: Anything else you’d like to mention or that I forgot to ask?

AN: Can’t think of anything - think we covered it all

DFF: Thanks for the interview with us Annelise!