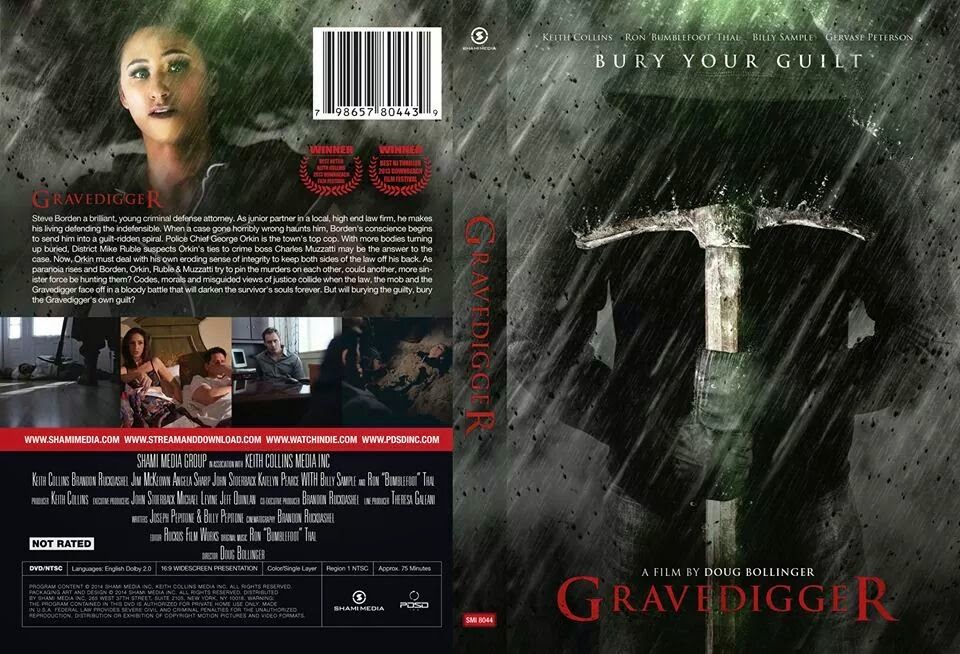 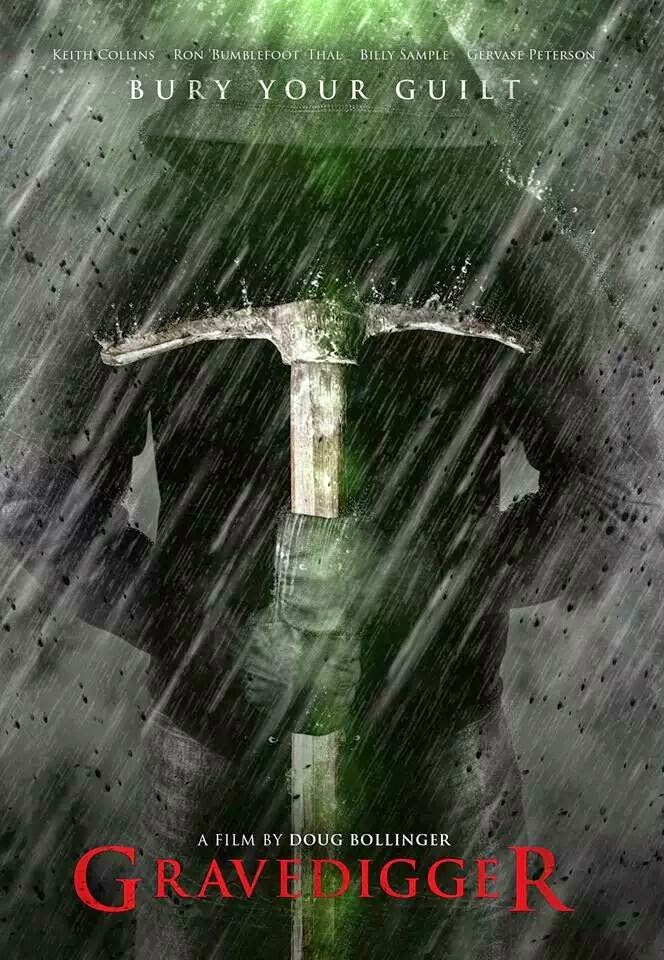 Shami Media Group, Inc. is pleased to announce distribution of the award winning Horror / Thriller film "Gravedigger" to be released worldwide on November 18, 2014.

SYNOPSIS
Steve Borden (Collins) a brilliant, young criminal defense attorney. As junior partner in a local, high end law firm, he makes his living defending the indefensible. When a case gone horribly wrong haunts him, Borden's conscience begins to send him into a guilt-ridden spiral. Police Chief George Orkin (McKeown) is the town's top cop. With more bodies turning up buried, District Attorney Mike Ruble (Ruckdashel) suspects Orkin's ties to crime boss Charles Muzzatti (Stoerback) may be the answer to the case. Now, Orkin must deal with his own eroding sense of integrity to keep both sides of the law off his back. As paranoia rises and Borden, Orkin, Ruble & Muzzatti try to pin the murders on each other, could another, more sinister force be hunting them? Codes, morals and misguided views of justice collide when the law, the mob and the Gravedigger face off in a bloody battle that will darken the survivor's souls forever. But will burying the guilty, bury the Gravedigger's own guilt?
Gravedigger Movie Trailer - https://www.youtube.com/watch?v=X0RxfWlYm-U
Facebook - www.Facebook.com/GravediggerTheMovie
IMDB - http://www.imdb.com/title/tt2631554/?ref_=nm_knf_t2
Shami Media Group - www.ShamiMediaGroup.com/Movies
Posted by DAILY FILM FORUM at 12:00 AM