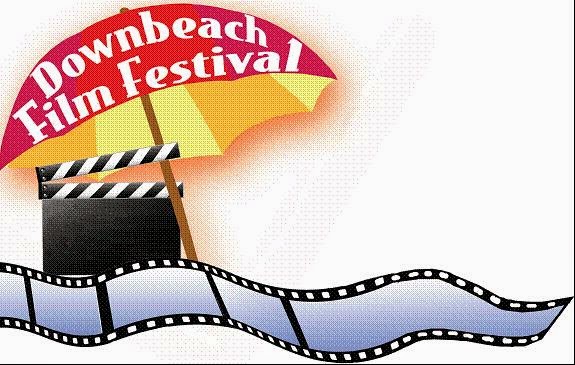 In its six year history, the Atlantic City Cinefest has screened its share of Lesbian, Gay, Bisexual and Transgender movies. For year seven, the Oct. 24 to 26 festival for the first time will devote a significant portion of the event to such films.

"In a city with such a strong LGBT community, we think it's important to have that community well-represented," said festival President, William Sokolic.

It all begins on opening night on Friday at Dante Hall Theater with a short and feature film. Rick, directed by Isaac Angel, is about a young man who still feels guilty for his partner's passing, and depends on his new friend Adam to pull him out of the darkness.

The full length film, Ashley, directed by Dean Matthew Ronalds, tells the story of a distraught teenage girl who develops an online relationship with an older woman. She learns to accept her sexuality. Ronalds, along with producer and co-star Tom Malloy, expect to be in attendance. The evening begins at 7:30 p.m.

"Ashley is an edgy and provocative film that deals with the topic of bullying. The performances are dead on, and the audiences have found themselves rooting for Ashley, the misunderstood heroine," Malloy said.

Dante Hall will host four blocks of LGBT films on Saturday, including three movies directed by Jana "AJ" Mattioli. The segment kicks off at Noon with The Last Straight Man, a feature about a closet gay who throws a bachelor party for his straight best friend and secret crush. After a night of drunken sex, the two men decide to meet in the same hotel room on the same night every year to catch up on their lives and explore their sexuality. Directed by Mark Bessenger.

The first of Mattioli's films, Lady Peacock, begins at 2 p.m. The movie deals with a love triangle in which a drag queen steals the affection of a gay newbie from a nemesis who fights back by becoming a drag queen as well. With Blanche Baker.

The next block kicks off at 4:15 p.m. with the short, Narcissist, directed by Eric Casaccio. The story tells the tale of relationship gone awry when a lover goes from charming to manipulative. Mattioli's searing documentary, Gay Positive, follows. The film tells the story of one man trying to bring to attention the outdated ban on gay men donating blood in the United States.

The final block of LGBT films features The Coffee Shop at 6 p.m. A comedy that started out as a short and expanded, it revolves around The Cup coffee house, a gay hot spot, its workers, its regulars, and the drama it has to deal with every day. There's the owner of the shop, the fabulous Bea Reasonable and the flamboyant boy-crazy gay waiter, Jamie. Stars Baker as well as festival favorite, Keith Collins.

"It's a bonus that we will have Tom Malloy, Dean Ronalds and Jana Mattioli at the festival to celebrate their films," Sokolic said.

Downbeach Film Festival presents the 7th Atlantic City Cinefest, Oct. 24 to 26. Tickets are $8 a block, $25 for an all-day pass, and $40 for an all-festival pass. The latter includes admission to any film, the panel discussion Saturday at 1 p.m. in Dante Hall, the opening night party at 10 p.m. and the awards ceremony at 7 p.m. Oct. 26 also at Dante Hall. To order tickets or for more information, visit

DANTE HALL THEATER:
Located in the heart of the historic “Duck Town” neighborhood of Atlantic City, Dante Hall was originally built in 1926 by St. Michael’s Catholic Church. Dante Hall served the community of the neighborhood as a church hall, school gymnasium and community theater until it closed in 1988. In October 2003, Dante Hall reopened after a complete renovation, funded solely by the Casino Reinvestment Development Authority (CRDA). In 2011, The Richard Stockton College acquired the venue, allowing it to continue serving Atlantic City and surrounding communities as a home for the performing arts. By providing quality programming and performances to local communities, Stockton College and Dante Hall Theater aim to strengthen New Jersey’s efforts in restoring Atlantic City as a cultural and family destination.