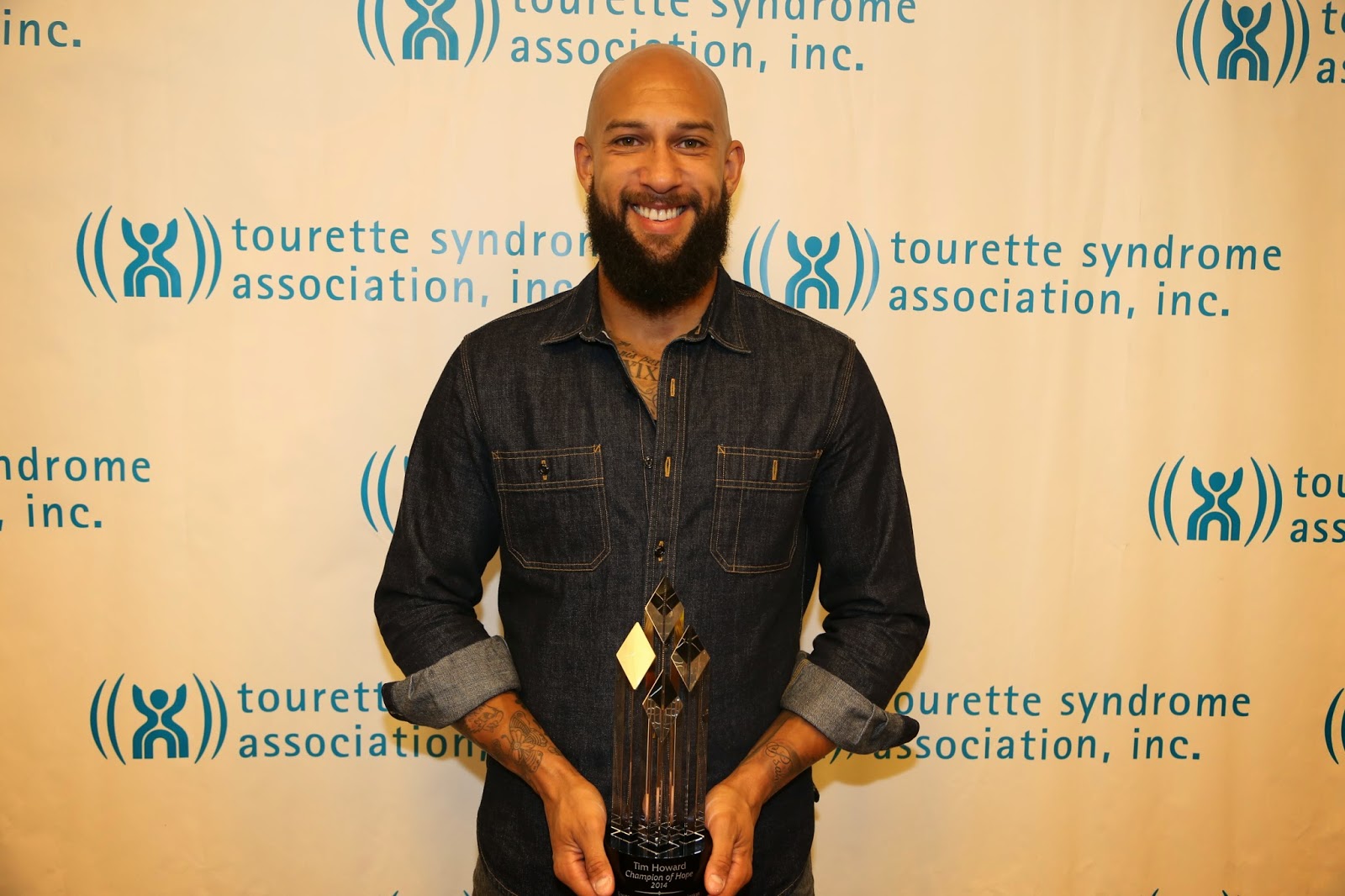 Tourette Syndrome (TS) recently made national headlines when U.S. soccer goalie Tim Howard publicly talked about his personal struggle with the disorder during the World Cup. Yet, despite the significant amount of coverage TS has received over the last few months, it remains a mysterious and often misunderstood disorder in the public eye – a status that the national Tourette Syndrome Association (TSA) continues to combat daily. The medical community treating TS estimates that the prevalence is much higher than the national public perceives with approximately 1 in 100 people affected by the disorder and its associated conditions such as obsessive compulsive disorder (OCD), attention deficit hyperactivity disorder (ADHD) and learning difficulties. We would like to invite you attend TSA’s Annual Gala as a guest to learn more first-hand about this life-tormenting disorder. The gala is taking place on November 17 at The Pierre Hotel Grand Ballroom in NYC at 6:30pm, where the 2014 TSA “Tribute to Excellence” Award will be presented to Otsuka.

The national Tourette Syndrome Association (TSA) will host its annual gala on November 17, 2014 at The Pierre Hotel in New York City. Supporters will come together to celebrate the organization’s mission to identify the cause of, control the effects of, and to find a cure for Tourette Syndrome through education, research and service. The 2014 TSA “Tribute to Excellence” Award will be presented to Otsuka, an innovative, fast-growing healthcare company that discovers and develops new compounds that address unanswered medical needs and advance human health. With a strong focus on neuroscience, oncology, and cardio-renal treatments, OPDC is dedicated to improving the health and quality of human life.