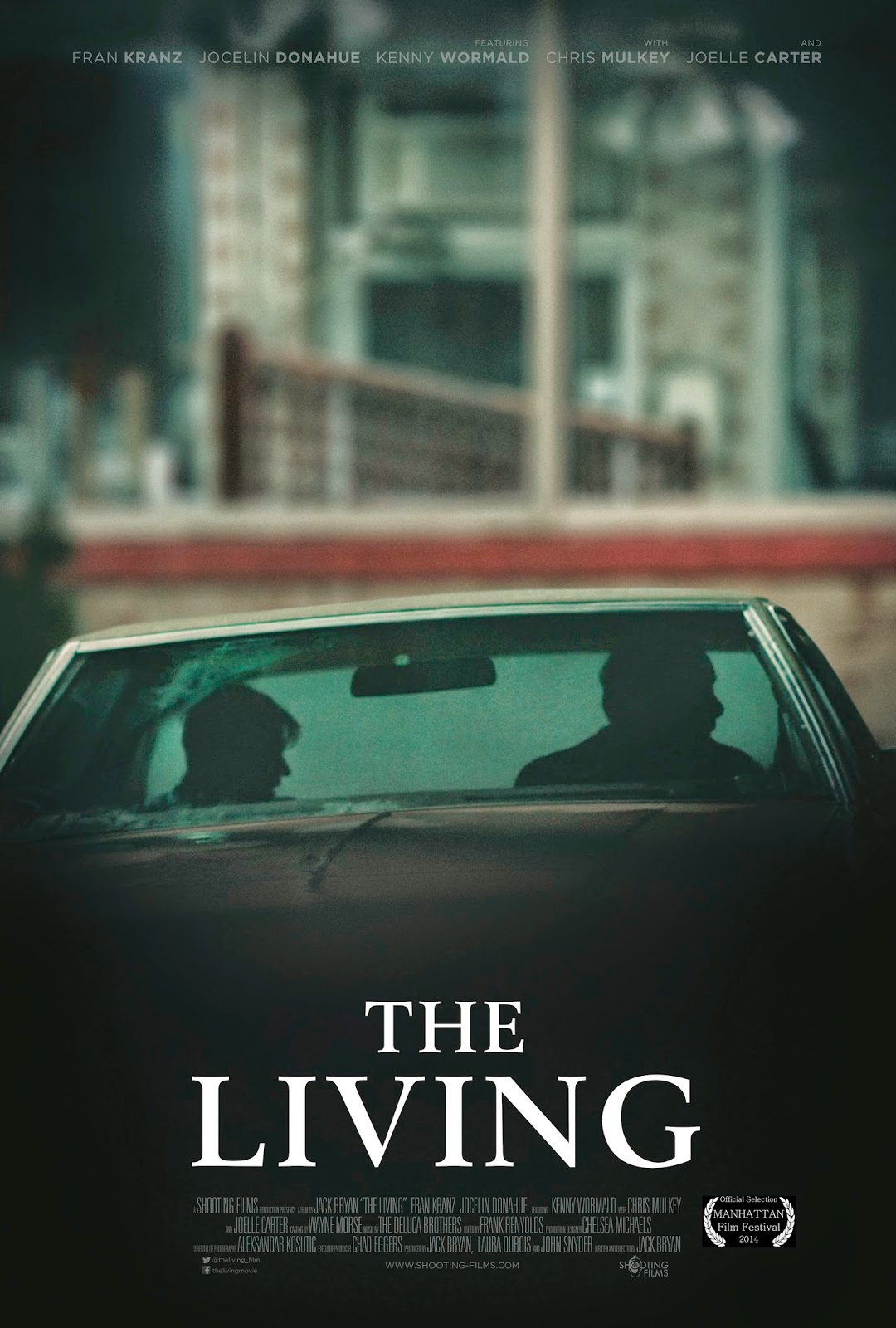 The Cast
The cast includes Fran Kranz star of Cabin in the Woods (2012), Joss Whedon’s Much Ado
About Nothing (2013), and “Dollhouse”, Jocelin Donahue of Terrence Malick’s anticipated film Knight of Cups (2013) and House of the Devil (2009), Kenny Wormald star of Footloose (2011) and
Kid Cannabis (2014), Chris Mulkey of “Boardwalk Empire”, “Friday Night Lights” and Captain Phillips (2013), and Joelle Carter of the hit TV show “Justified” and High Fidelity (2000).

Film Plot Synopsis
After an alcohol induced blacked-out night of drinking, Teddy (Fran Kranz) discovers he has severely beaten his wife, Molly (Jocelin Donahue). As he attempts to redeem himself to her she must decide whether or not she will take him back as her mother, Angela (Joelle Carter), continuously expresses her disapproval, all the while her brother, Gordon (Kenny Wormald), falls in way over his head as he tries to hire an ex-con, Howard (Chris Mulkey), to kill Teddy.

Director’s Statement
"I wanted to make a film that tackled real characters and relationships. As those relationships developed I would slowly introduce elements of suspense and terror, building to a climax that was exciting and shocking. I sought out to make a thriller that was beautiful, exciting, and incredibly effecting,” said Writer, Director, and Producer Jack Bryan.

About Shooting Films (www.shooting-films.com)
Shooting Films is dedicated to making exciting and engaging films with an independent spirit. Started in early 2012 by Jack Bryan, Laura DuBois, and John Snyder the team combines their talents to form a company that navigates the current industry landscape with a calmly audacious perspective.

Posted by DAILY FILM FORUM at 8:30 AM