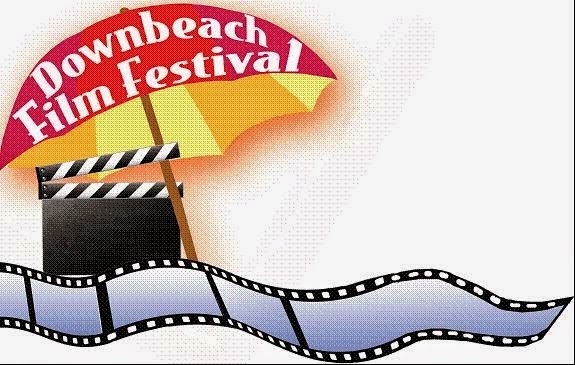 Film screenings will be held at Dante Hall Theater, 14 N Mississippi Ave., and The Noyes Arts Garage of Stockton College, 2200 Fairmont Ave. (at the corner of Mississippi Ave.) This is the first year that all screenings will be held exclusively at Atlantic City locations of The Richard Stockton College of New Jersey.
Presented by Downbeach Film Festival, this year's event features a significant focus on the Lesbian-Gay-Bisexual-Transgender community with a series of features and shorts that touch on this theme. Those films will be showcased Friday and Saturday at Dante Hall Theater.

William Sokolic, president of Downbeach Film Festival, and a resident of Ventnor, said this year’s crop of films is one of the best. “Filmmakers like the Pepitone Brothers (The Jersey Devil), Brad Rothschild (The African Exodus) and Giorgio Serafini (Without Borders) are returning. So is Northfield native, Jeff Reichert, with This Time Next Year,” he said.
A complete listing of films, locations, dates and times can be found by visiting stockton.edu/dante, artsgarageac.com and downbeachfilmfestival.org

Tickets for AC Cinefest are $8 per block; $25 per all-inclusive day pass* and $40 per all- inclusive weekend festival pass.* (All tickets include $2 service fee.) *Day pass and festival pass include access to unlimited films at both venues, admission to awards ceremony on Sunday evening and free parking at The Wave parking garage, which also houses The Arts Garage.
For tickets and information: call 609-347-2162 or visit www.stockton.edu/dante

Located in the heart of the historic “Duck Town” neighborhood of Atlantic City, Dante Hall was originally built in 1926 by St. Michael’s Catholic Church. Dante Hall served the community of the neighborhood as a church hall, school gymnasium and community theater until it closed in 1988. In October 2003, Dante Hall reopened after a complete renovation, funded solely by the Casino Reinvestment Development Authority (CRDA). In 2011, The Richard Stockton College acquired the venue, allowing it to continue serving Atlantic City and surrounding communities as a home for the performing arts. By providing quality programming and performances to local communities, Stockton College and Dante Hall Theater aim to strengthen New Jersey’s efforts in restoring Atlantic City as a cultural and family destination.

The Noyes Arts Garage of Stockton College, at Mississippi Avenue in Atlantic City, includes an art gallery run by The Noyes Museum of Art as well as artist studios and arts retail space. The 16,000-square-foot arts and retail space, managed by The Noyes, is on the first floor of The Wave Parking Garage built by the Casino Reinvestment Development Authority (CRDA.) Along with Stockton’s Dante Hall Theater at 14 N. Mississippi Ave., The Noyes Arts Garage of Stockton College helps anchor Atlantic City’s developing Arts District. Visit online at: artsgarageac.com
Posted by DAILY FILM FORUM at 12:30 AM