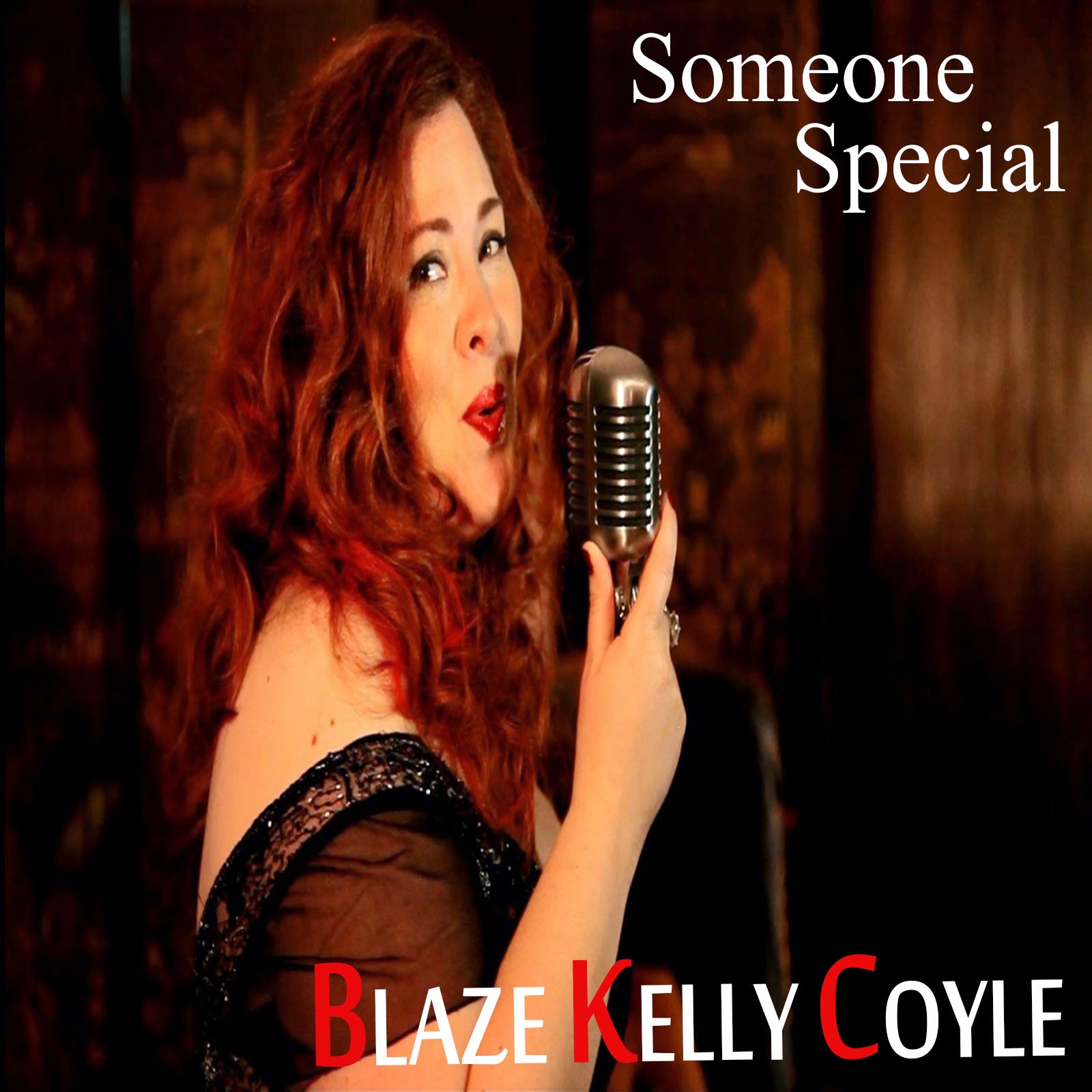 There is something special behind the voice of Blaze Kelly Coyle as she sings her debut single and music video “Someone Special”, being digitally distributed worldwide this October.


A passion... a fire... an intense yearning... a sweet vulnerability – captivating listeners of all ages. It’s hard to believe there was a time the vivacious redhead thought she would never sing professionally again after a set of vocal injuries sidelined her for many years and permanently changed a beautiful award-winning soprano voice into a sultry, smoky alto.

Dream Bigger Than You Think You Deserve , a phrase Blaze coined and still tries to live by every day, helped her to eventually open up – revealing a more romantic, sophisticated sound all her own. It was a very different story when she attended college as a vocal performance major and was diagnosed with tumors on her cords. After having to undergo two surgeries, months of silence, several years of scheduled voice rest, re-training of her scarred cords, vocal/speech therapy, acid reflux repair and irreparable damage to her self-esteem, Blaze chose to pursue other endeavors. Her passion for singing and music, however, was re-ignited in 2010 when a holiday musical she co-wrote with Leo Kirschner and produced through her company Silver Phoenix Entertainment, called O Night Divine, debuted Off-Broadway at The York Theatre in New York City.

With her New Jersey based production company in full swing, producing everything from film (Emma Everything, Sugar!) to standup (Center of Attention) to educational programming (Eco-Files), she would eventually team up with Keith Collins on the Horror/Thriller, The Meat Puppet. While preparing to film a dinner scene which still needed a love song, Blaze recalled a song she co-wrote in college just prior to losing her voice. The song, “Someone Special”, written with Ted Raffetto, won College Star Search receiving the highest praise of 4 stars. It was re-envisioned with Darren Server (Curly from “The Three Stooges” Grandson, Atlas Shrugged) on piano and recorded at NV Recording Studio in Fort Lee, NJ. The music video was directed/produced by Peter Gourniak and Executive Produced by Silver Phoenix Entertainment.
To hear the song visit: iTunes or www.blazekellycoyle.com for the complete list of digital outlets and to post a review.

A single and video release party is set for Thursday, October 9th, 2014 hosted by Keith Collins (The Jersey Devil, The Meat Puppet) and co-hosted by Gilles Montezin (Couture Designer, Sex and the City, *International Foundation for Women Artists) at the Empire Hotel Rooftop in New York City, NY.
*The International Foundation for Women Artists is an organization dedicated to supporting, promoting, educating, and uniting women artists internationally.

Posted by DAILY FILM FORUM at 4:00 AM